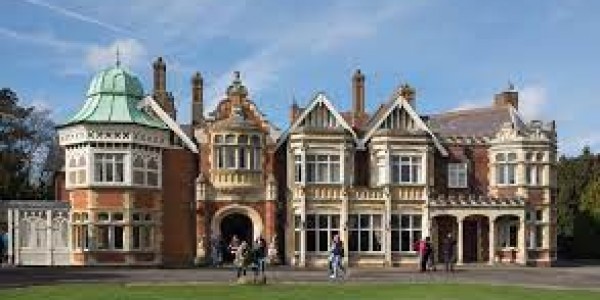 Bletchley Park is an English country house and estate in Bletchley, Milton Keynes that served as the primary Allied code-breaking center during World War II. On the site of older buildings of the same name, the mansion was built in the years following 1883 for financier and politician Sir Herbert Leon in the Victorian Gothic, Tudor, and Dutch Baroque styles.

During WWII, the mansion housed the Government Code and Cypher School (GC&CS), which regularly penetrated the Axis Powers' secret communications – most notably the German Enigma and Lorenz ciphers.

To learn more about this unique location, be sure to check out their interactive map before visiting!