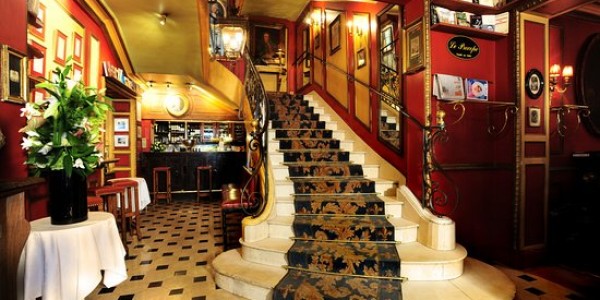 The Café Procope is called the oldest café of Paris in continuous operation.  It was opened in 1686 by the Sicilian chef Procopio Cutò and was a hub of the artistic and literary community in 18th and 19th century Paris. However, the original café closed in 1872 and did not reopen as a café until the 1920s, so the claim of "oldest café in continuous operation" is not entirely true.

Napoleon once left his hat at the restaurant, which you can still see in the window without having to enter the building.