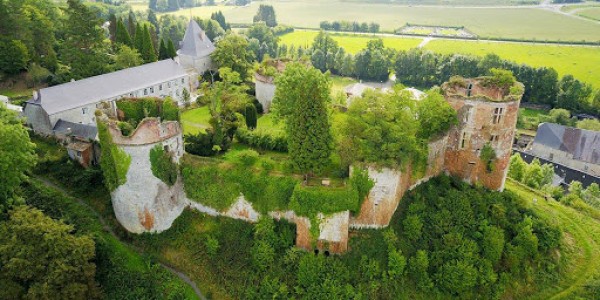 The Château de Hierges is a partially ruined castle in the commune of Hierges in the Ardennes département of France. The château is privately owned. It has been listed since 1980 as a monument historique by the French Ministry of Culture.

The château was built on the site of a castrum whose origins date back to the 9th century, when the seigneurie of Hierges was part of the property of the house of Ardenne. At the time of the Crusades, the fortress of Hierges was given to the Prince-Bishopric of Liège and, in the 12th century, the castle was destroyed. The castle was later rebuilt in the 16th century. In the 18th century the former common and the dovecote were added. The castle was assaulted by revolutionaries in 1792 and destroyed by fire on 18 November 1793.