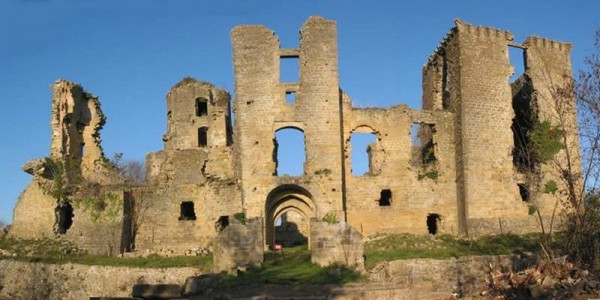 The Château de Lagarde is a ruined castle situated near the village of Lagarde, 8 km southeast of Mirepoix in the French département of Ariège. Following the Albigensian Crusade, the castle was handed to the Lévis-Mirepoix family.

The castle was very much transformed in the XVIIth century, before being completely destroyed during the French Revolution.

It is now classified as a Historic Monument and has been the subject of several restoration campaigns aimed at restoring it to its former glory. Nicknamed the Versailles of the Pyrenees, today it is the scene of many historical events,  medieval days, fireworks, gourmet markets, chivalry tournaments and even egg hunts during the Easter period.