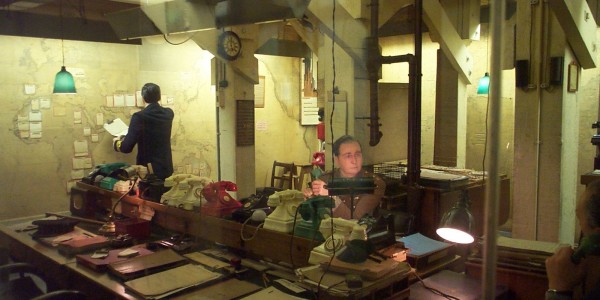 The Churchill War Rooms is a museum in London and one of the Imperial War Museum's five departments. The Cabinet War Rooms, a historic underground structure that housed a British government command center throughout WWII, and the Churchill Exhibition, a biographical museum exploring the life of British statesman Winston Churchill, are both parts of the museum.