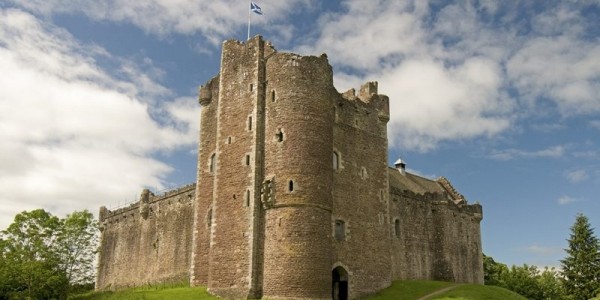 Doune Castle is a medieval stronghold near the village of Doune, in the Stirling district of central Scotland. The castle is sited on a wooded bend where the Ardoch Burn flows into the River Teith.

Doune Castle is heavily featured in Monty Python and the Holy Grail, used for the castle known as Winterfell in the pilot of the award-winning TV series Game of Thrones and as Castle Leoch in Outlander.