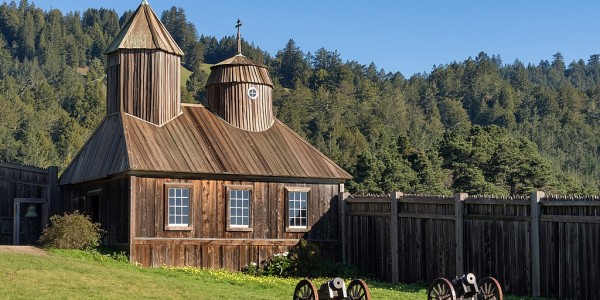 Fort Ross State Historic Park is a state park in California that is located on the Sonoma Coast, about 70 miles northwest of San Francisco. The park covers an area of more than 1,400 acres and features the historic Fort Ross, which was established by Russian explorers in the early 19th century. The fort was a trading and military post that played a significant role in the early history of California.

The park also features a museum that displays artifacts and exhibits related to the fort's history, including Russian and Native American artifacts, as well as a replica of the original fort. In addition to the fort and museum, the park also has hiking trails, a picnic area, and a gift shop.

The history of Fort Ross dates back to 1812, when Russian explorers established the fort as a trading and military post. The fort was used as a base for hunting sea otters and for trading with Native American tribes in the area. The fort was abandoned by the Russians in 1841 and was later used by the United States military and private individuals. Today, Fort Ross State Historic Park preserves the site's history and allows visitors to learn about and experience the early history of California.