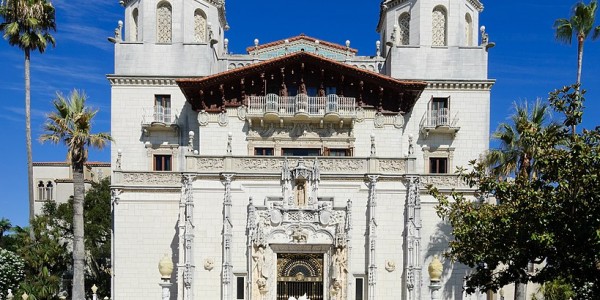 Hearst Castle is a National Historic Landmark and California Historical Landmark that is located on the Central Coast of California, about 250 miles northwest of Los Angeles. The castle is a historic house museum that was built in the early 20th century by newspaper magnate William Randolph Hearst as a retreat and vacation home. The castle is known for its grand architecture and opulent decor, and it has been featured in many films and television shows.

Hearst Castle is set on a hilltop overlooking the Pacific Ocean and features several buildings, including a main castle, guesthouses, and other structures. The castle is filled with antique furnishings, art, and other decorative items that were collected by Hearst from around the world. The castle is open to the public and offers guided tours that allow visitors to explore the interior of the castle and learn about its history.

The history of Hearst Castle dates back to the late 19th century when William Randolph Hearst inherited a large ranch in the area. Hearst began building the castle in 1919 and continued to expand and develop it over the years. The castle was completed in 1947 and was used by Hearst as a vacation home until his death in 1951. Today, Hearst Castle is owned and operated by the state of California and is open to the public as a museum.