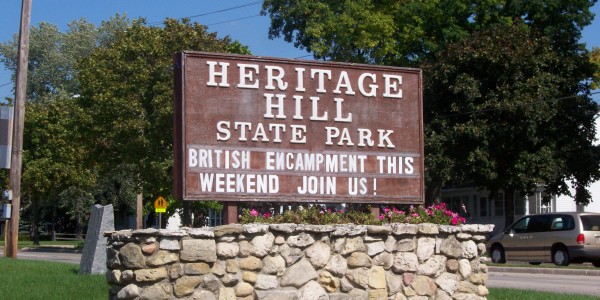 Heritage Hill State Historical Park is a vital part of American history and culture. The 56-acre open-air museum is located in Allouez, Wisconsin near Green Bay, Wisconsin. The mission of Heritage Hill is to preserve and interpret the customs, traditions, architectural heritage, and way of life of the people who have lived in Northeastern Wisconsin since the 18th century.

The site is home to 26 historical structures, mostly endangered historic buildings that were moved from other locations, plus a few modern reconstructions. The Park is divided into four main areas: The Fur Trade, representing the first contact and fur trade industry in Wisconsin; The Growing Community, representing Green Bay's beginnings as a burgeoning metropolis in the late 19th century; The Belgian Farmstead, a representation of immigrant farming communities in the early 20th century; and Fort Howard, a reconstruction of how Fort Howard would have looked on the west side of Green Bay in the mid-19th century.