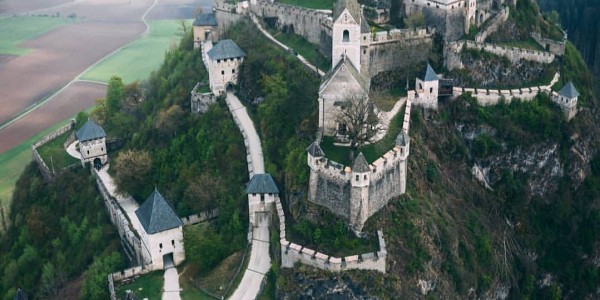 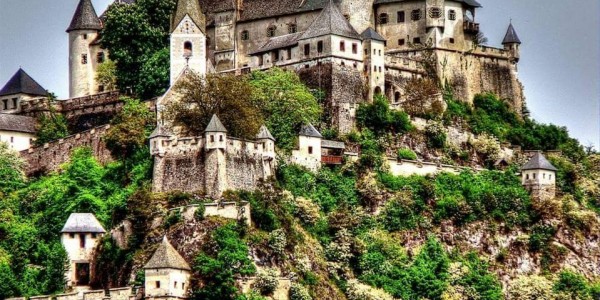 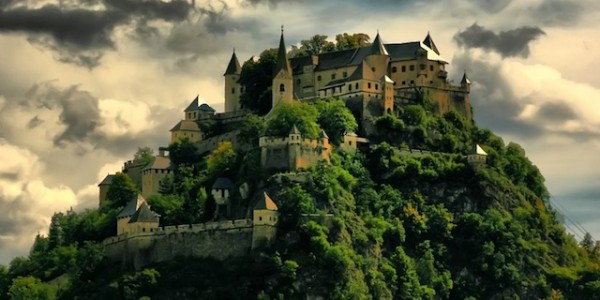 Hochosterwitz Castle is a castle in Austria, considered one of Austria's most impressive medieval castles. It is on a 172-meter high dolomite rock near Sankt Georgen am Längsee, east of the town of Sankt Veit an der Glan in Carinthia. The rock castle is one of the state's landmarks and a major tourist attraction.

What makes the castle appear so strong is the well-suited position of the whole complex. The winding access is blocked by 14 fortified gates and opens up at the armory yard in front of the main castle. Only their extremely clever and technically correct construction made the castle impregnable as the enemy had to conquer gate by gate but was attacked from all sides at the same time.

Walk up and ride down