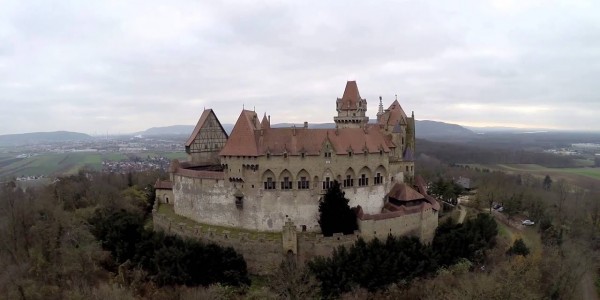 Burg Kreuzenstein, also called Kreuzenstein Castle, is a picturesque castle near Leobendorf in Lower Austria, Austria. Burg Kreuzenstein is 265 meters above sea level. It was constructed on the remains of an early medieval castle that had fallen into disrepair and was then demolished during the Thirty Years' War.

It's also one of the loveliest and most well-preserved medieval castles in Europe.