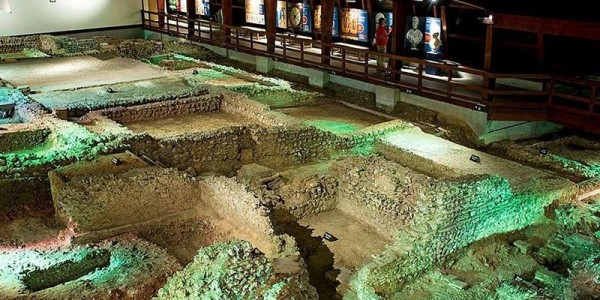 Lullingstone Roman Villa is a villa built during the Roman occupation of Britain, situated near the village of Eynsford in Kent, southeastern England. Constructed in the 1st century, perhaps around A. D. 80-90, the house was repeatedly expanded and occupied until it was destroyed by fire in the 5th century.

Visitors can still see the mosaic and prints of the wall paintings, the heated bath-suite, Roman artefacts, two human skeletons and more

Open daily from 10am to 6pm