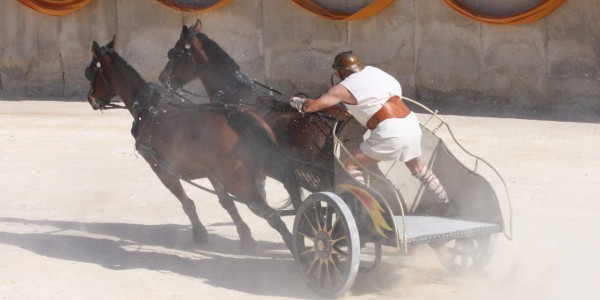 For a weekend in April, Roman legionaries, an imperial court, riders, and battle chariots take over the city of Nîmes to take part in one of the biggest re-enactments of ancient history in Europe.

A grandiose spectacle lasting an hour-and-a-half takes place in the arena on Saturday and Sunday afternoons. Each year, the Great Roman Games has a different theme and depicts a highlight of ancient history. Several scenes unfold with equestrian vaulting demonstrations, gladiatorial combat, and chariot racing.