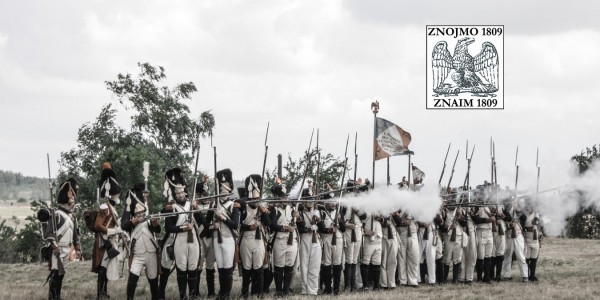 In July we will commemorate the anniversary of the last battle of the war of the Fifth Anti-French Coalition of 1809, the Battle of Znojmo. After the Battle of Austerlitz (1805) and before the Battle of Chlumec (1813), this is the second of three great Napoleonic battles fought in the present territory of the Czech Republic. The village of Únanov, Austerlitz z.s. and the Central European Napoleonic Society (C.E.N.S.) together with a number of foreign partners are preparing the sixth (2004, 2008, 2009, 2018, 2019) commemorative event on the historic battlefield near Znojmo on 8-10. July 2022.