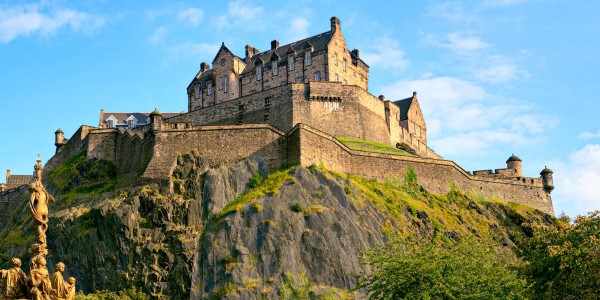 Edinburgh Castle is an impressive historic fortress in Edinburgh, Scotland. It is also one of the oldest in Europe.

The fortress is set upon a massive rock which has obvious strategic and military advantages.

There has been a royal castle on the rock since at least the reign of David I in the 12th century, and the site continued at times to be a royal residence until 1633.

When you visit the castle you can immerse yourself in its rich history by visiting the "Fight for the Castle" exhibition, walking around in the Medieval Great Hall or go to the "Prisons of war" where pirates and other prisoners were held.

Or you can visit Edinburgh Castle through a Google Arts & Culture virtual tour and learn more about the different parts of the castle.