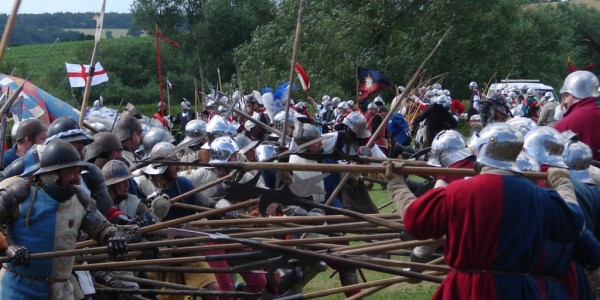 The Battle of North Walsham was a medieval battle fought on 25 or 26 June 1381, near North Walsham, Norfolk, in which a large group of local peasants, who rebelled against the Poll Tax, was confronted by the heavily armed forces of Henry le Despenser, Bishop of Norwich.

Come visit this event to relive the battle, Living History, Crafts, Battle, Knights Tournament, Archery, Falconry and more. In the town itself, you can also celebrate with a cinema in the park, lectures, parades, mystery plays, concerts and guided tours.

What you can expect