Battle of Round Mountain reenactment 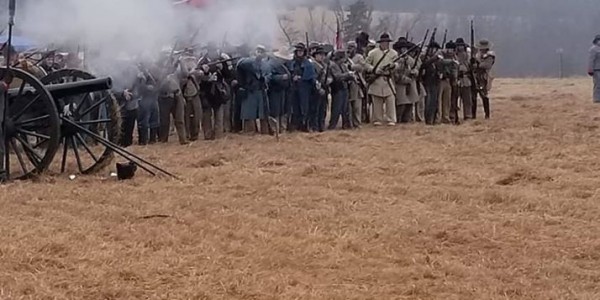 Battle of Round Mountain Reenactment is one of the best Civil War winter reenactments around and is followed up on Saturday night with a formal ball.

The Battle of Round Mountain was the first battle in the Trail of Blood on Ice campaign for the control of Indian Territory during the American Civil War and occurred on November 19, 1861. Its main purpose was to prevent Union supporters of the Creek Nation from fleeing Indian Territory to the protection of Union forces in Kansas.

What you can expect at this event