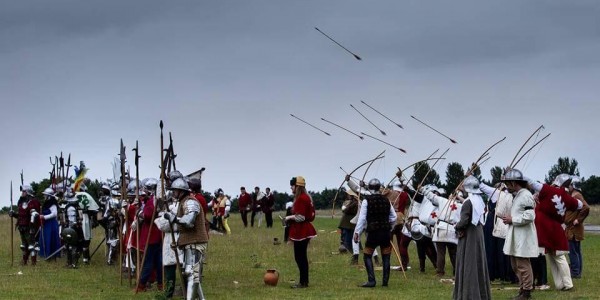 Learn about the Battle Of Shrewsbury at this spectacular Medieval reenactment event.

The Battle of Shrewsbury was a battle fought on 21 July 1403, between an army led by the Lancastrian King Henry IV and a rebel army led by Henry Percy from Northumberland. The battle reaffirmed the effectiveness of the longbow and ended the Percy challenge to King Henry IV of England.