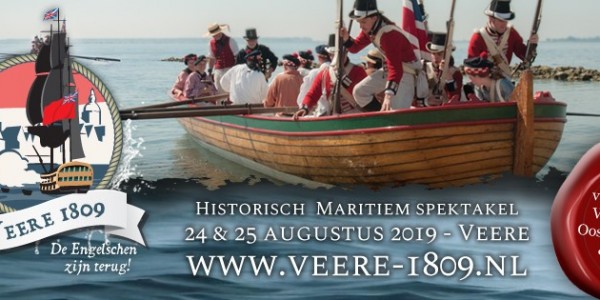 Be a witness to the largest historical event in Zeeland in the Netherlands. More than 500 reenactors live, eat and sleep in their bivouacs, just as they did in the year 1809. Soldiers practice exercising with weapons and a real landing is imitated, just like in 1809 during the Walcheren Expedition.

With 40,000 soldiers, Walcheren was captured with the support of their guns and "Congreve" missiles. Eventually, the English soldiers were beaten back by an invisible "enemy": the "Zeeland fevers". 13,000 soldiers were killed as a result of these fevers. The expedition became a major fiasco for the English. After a few months, John Pitt decided to withdraw the army to England.