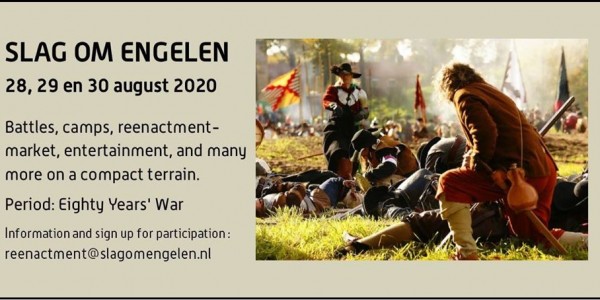 This battle is reenacted every year with more than 1500 re-enactors from all over Europe.

An important event took place in Engelen's 1200-year history in 1587, during the Eighty-Years' War. In terms of location, Engelen was on a strategic border, which often gave rise to skirmishes. On July 13, 1587, a meeting took place with State troops.

THIS EVENT IS CANCELLED!