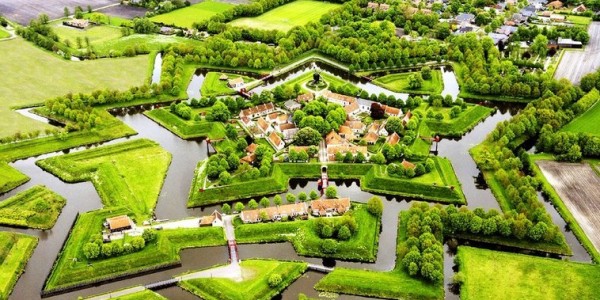 Fort Bourtange is a fort in the village of Bourtange, Groningen, Netherlands. It was built under orders of William the Silent.

Built in the late 1500s, Bourtange Fortress represents the pinnacle of the fortifications of the era. It could withstand months of siege by an invading army, and famously checked the Bishop of Münster's advance on Groningen in the 17th century.