All places and events for tag: Pirates

Piracy is an act of robbery or criminal violence by ship or boat-borne attackers upon another ship or a coastal area, typically with the goal of stealing cargo and other valuable items or properties. Those who engage in acts of piracy are called pirates, while dedicated ships that are used by them are called pirate ships. The earliest documented instances of piracy were in the 14th century BC, when the Sea Peoples, a group of ocean raiders, attacked the ships of the Aegean and Mediterranean civi 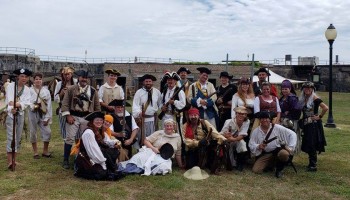 In 1711 the Pirates stormed Mobile Bay and attacked the Island that was once called Massacre Island. Read more 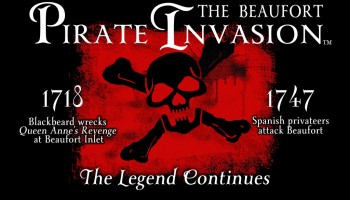 The Beaufort Pirate Invasion is a reenactment of an event that happened in Beaufort, North Carolina, in 1747, when the town was caught up in a battle to defend itself from Spanish privateers. Read more