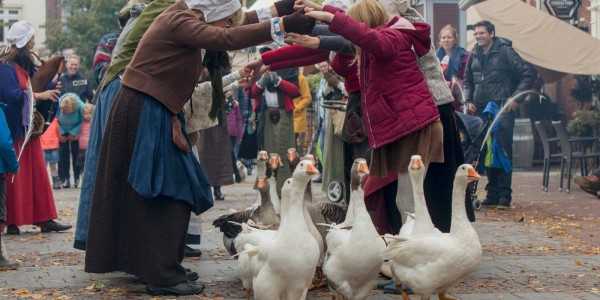 The Battle of Grolle is a regular historical reenactment of the siege of the fortified border town of Groenlo in the Achterhoek in 1627 during the Dutch Revolt. It is held in and around Groenlo itself every two years. The event lasts for three days and features a historic battle reenactment and a historic fair, with reenactors from many European countries. During the event, the reenactors try to relive the conditions of 1627 as faithfully as possible, without electricity or heating, while eating traditional food.